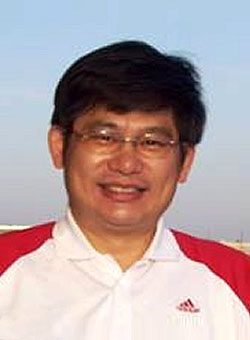 Biography: Shien-Kuei Liaw received doctorate degrees in electro-optical engineering and mechanical engineering from National Chiao-Tung University (Taiwan) and National Taiwan University (Taiwan) in 1999 and 2014, respectively. In 1993, he joined the Chung-Hua Telecommunication Institute, Taiwan. Since then, he has been working on optical communication and fiber-based technologies. He was a visiting researcher at Bellcore (now Telcordia), USA, in 1996 for six months and a visiting professor at Oxford University, UK, in2011 for three months. He joined the Department of Electronic Engineering, National Taiwan University of Science and Technology (NTUST) in 2000. He has been director of Optoelectronics Research Center and Technology Transfer Center in NTUST. He has been an active member in the technical programs committee and has invited speakers and held session chairs form any international conferences. He has bagged quite a few national honors and awards, such as Outstanding Professor of the Chinese Institute of Electrical Engineering in 2015; the best project award of National Science and Technology Program for Telecommunication in 2006; the outstanding Youth Award of The Chinese Institute of Electrical Engineering; and the outstanding Youth Academic Award of the Optical Engineering Society of the Republic of China. Prof. Liaw has authored and coauthored over 250 international journal articles and conference presentations. He also serves as an associate editor for Fiber and Integrated Optics. Currently, Prof. Liaw is a distinguished professor of NTUST, the general secretary of Taiwan Photonic Society, VP of the Optical Society (OSA) of Taiwan Chapter.

Abstract: Fiber optics communication has become an important research issue in recent decades thanks to its very wide bandwidth and high-speed communications services. Free space optic (FSO), sometimes called optical wireless communication (OWC) has undergone through cycles of technical evolutions mainly due to the remarkable development in light sources and optical receiver technologies. Nowadays FSO links with Gbit/s or above per channel have been reported for outdoor and indoor applications.
In this talk, I will propose and investigate a free space optic transmission system in inter buildings transmission and cross-bridge transmission. The harsh environmental factors for FSO including window glasses, air turbulence and rain drop, will also be studied and verified. The proposed scheme, may have some merits over conventional fiber-based communications, can also play as a back-up methodology in emergency case to ensure seamless communications. 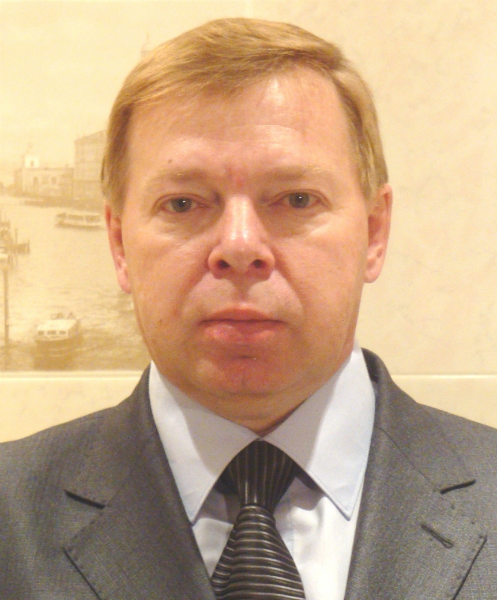 Topic: Novel Types of AC Motors and Drives for Electrical and Hybrid Vehicles

Abstract: The novel types of AC motors and drives for electrical and hybrid vehicles were worked out by the authors of this paper. These types are based on the use of the phase-pole-controlled multiphase (i.e. having number of phases more than four) inverter-fed linear stators. The phase-pole-control method is novel method of electromechanical systems control. It was developed by the author a few years ago for multiphase AC electric drives and molten metals electromagnetic stirring systems.
The application of phase-pole-control method together with the increase of drive system phase number more than four allows to improve considerably a number of the drive technical-and-economic characteristics (such as speed of response, reliability, mass-and-overall dimensions, etc.). 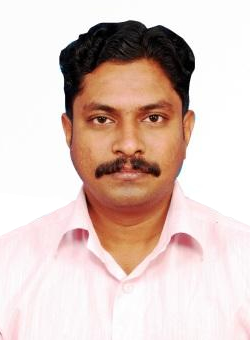 Biography: Dr. Saravanan Vasudevan serving as an Associate Professor and Head/PG in the Department of Electrical and Electronics Engineering, Arunai Engineering College, India for the past one decade. His research interest includes solar photovoltaic systems and embedded application to hybrid energy systems. He currently working as a Principal Investigator on a research project titled, “Design, Development and Deployment of Grid Interfaced Power Conversion Unit for Solar –Wind Power Generation Systems”, sponsored by Central Power Research Institute, Bangalore (A Government of India Society under Ministry of Power). He also worked as Co – Investigator in Tamil Nadu State Council for Science & Technology – R & D sponsored project in his host institution. He organized and attended many Seminars/Workshops/Conferences and chaired several National and International Seminars and visited many countries like Germany and Singapore. He is an active reviewer for many reputed international journals and conferences. He coordinated Staff Development Programme and conferences/workshops sponsored by AICTE and ISTE. He is life member of Life Member of Indian Society for Technical Education (ISTE), India, Member of International Association of Engineers. Hong Kong (IAENG), Member of Indian Society of Electrical and Electronics Engineers (ISEEE), Volunteer in Renewable Energy Society, Australia. He also responsible ISTE (Indian Society for Technical Education) Chapter activities at his host institution and received ISTE- Stripes of Redeemer National Award for the Best ISTE Chapter Chairman (College) for the year 2014 by (ISTE), New Delhi.

Abstract: Renewable energies can substantially improve the increasing energy demands and mitigate greenhouse gas emissions. It also provides direct and indirect social benefits such as reducing the health and environmental impacts associated with the use of fossil and nuclear fuels, thereby improving standard of living, educational opportunities, creating jobs, reducing poverty, increasing gender equality and ensures energy security. Hybrid renewable energy systems comprising of solar and wind will be effective for efficient power generation, in spite of variability, intermittency and other grid related issues. Prospects and insights of solar photovoltaic and wind energy systems will be discussed by analyzing information reported in various literatures, government and international renewable energy agencies. Also policies and initiatives related to hybrid energy systems concerning environment and economy will be addressed. The progressive path for renewable energy development will be suggested through increased use of renewable energy generation with enhanced reliability, security and resiliency of the future electric grid.

Biography: Dr. Peng-Sheng Wei received Ph.D. in Mechanical Engineering Department at University of California, Davis, in 1984. He has been a professor in the Department of Mechanical and Electro-Mechanical Engineering of National Sun Yat-Sen University, Kaohsiung, Taiwan, since 1989. Dr. Wei has contributed to advancing the understanding of and to the applications of electron and laser beam, plasma, and resistance welding through theoretical analyses coupled with verification experiments. Investigations also include studies of their thermal and fluid flow processes, and formations of the defects such as humping, rippling, spiking and porosity. Dr. Wei has published more than 80 journal papers, and delivered more than 90 times of Keynote or Invited Speeches in international conferences. He is a Fellow of AWS (2007), and a Fellow of ASME (2000). He also received the Outstanding Research Achievement Awards from both the National Science Council (2004), and NSYSU (1991, 2001, 2004), the Outstanding Scholar Research Project Winner Award from National Science Council (2008), the Adams Memorial Membership Award from AWS (2008), the Warren F. Savage Memorial Award from AWS (2012), and the William Irrgang Memorial Award from AWS (2014). He has been the Xi-Wan Chair Professor of NSYSU since 2009, and Invited Distinguished Professor in the Beijing University of Technology, China, during 2015-2017.

Abstract: The present work quantitatively predicts transport processes in workpieces coupled with electrode containing a coolant hole during the entire range of resistance spot welding. Understanding of transport processes is essentially required for controlling the critical defect of surface melting and microstructures of weld nugget. This model realistically accounts for transient electromagneto-fluid mechanics, heat and species transport, and bulk resistance in workpiece, and film and constriction resistances at contact interfaces. In view of finite electrical diffusion of ferromagnetic materials, time delay of electric current density associated with joule heat should also be accounted for. The results find and confirm the factors affecting the defect of surface melting and different modes of microstructures of the weld nugget.